The production of pasteli from our family has its roots in the 18th century, when it began to deal amateur with pasteli - nougat because it has been tradition in the different fairs to exist a person called pastelas and sells the pasteli. Thereby continuing the tradition generation to generation, until December 1995.

Then the company was founded by Maria D. Proaki called "TO PATROPARADOTO", having a relatively small range of products. Then we equipped with the necessary machinery to our company and we added to our products and other items that gave the distinct flavor and aroma of the unique Chios mastic!

In 2005 the company made by individual company as it entered the new blood of the family and acquires the name MARIA PROAKI & Co. with a registered brand name TRADITIONAL PASTELI OF CHIOS ”TO PATROPARADOTO”.

Since 2013 our company complies with the requirements of ISO 22000: 2005 which ensures the quality of food.

Finally, in November 2015 the company passed into the hands of brothers Clio and Constantine Proaki named PROAKI BRO. Co. with distinctive title TRADITIONAL PASTELI OF CHIOS "TO PATROPARADOTO". 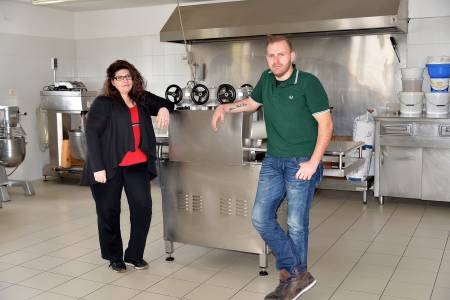